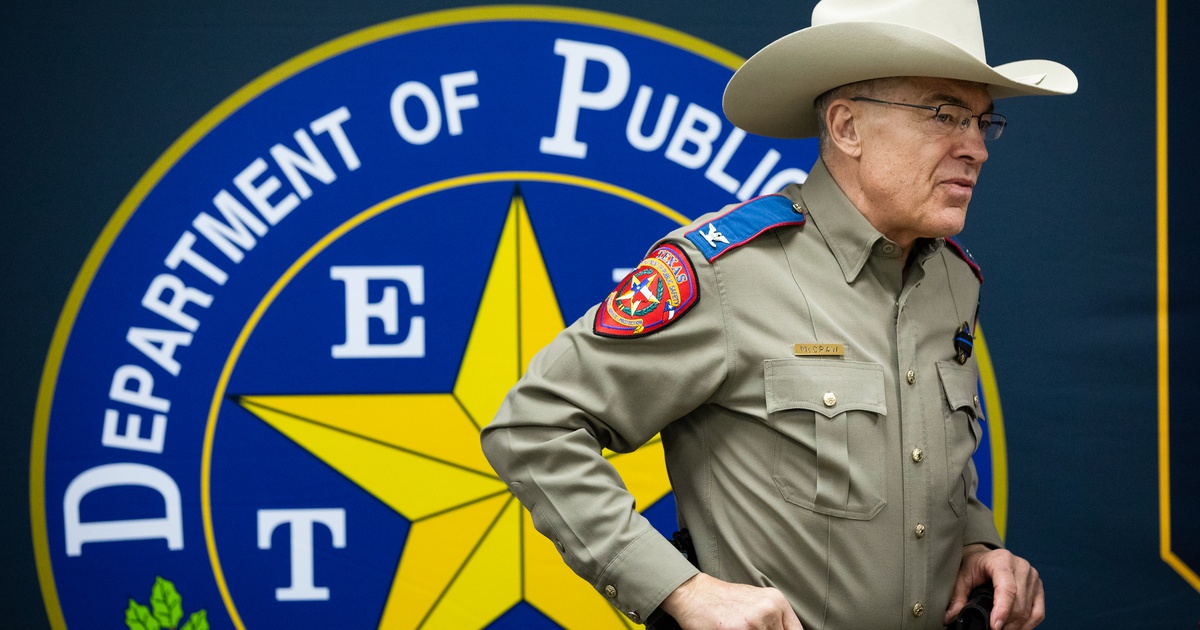 Sign up for The Brief, our daily newsletter keeping readers up-to-date with the most important news from Texas.

The Texas Department of Public Safety is looking for $1.2 billion to convert its training center north of Austin into a statewide, full-time law enforcement academy — starting with a state-of-the-art facility for active shooters, which will see a nearly half-billion dollar investment by Texans taxpayers next year.

“You play as you practice,” DPS director Steve McCraw told budget officials last month. “You have to practice in a real environment.”

If approved, the requested $466.6 million “down payment,” as McCraw called it, in the 2024-25 state budget — which won’t be completed until mid-next year — would be the start of a six-year proposal to turn the tide The nearly 200-acre Williamson County DPS Tactical Training Center complex in Florence has been converted into a Texas law enforcement academy for use by agencies across the state, he said.

The $1.2 billion project total does not appear in the agency’s request for legislative funding, which comes at a time when the agencies are bidding for a share of a historic federal cash surplus over the next biennium — and against the backdrop of a emotional debate about what the state must do to prevent further mass killings.

Next year’s first round of funding would build a state-of-the-art active shooter facility that could be used “right off the bat” independently of the rest of the proposed upgrades to instantly improve active shooters. Texas law enforcement shooter response, McCraw said in a brief presentation before the Texas Legislative Budget Board Oct. 4.

When fully funded over the next three budget cycles, the training academy would cost $1.2 billion and eventually include dormitories, a cafeteria and other elements, McCraw said.

“It is a cost that we recognize as a cost that cannot be borne in any session. It takes time to build it,” McCraw said of the proposed academy.

He did not specify whether the center would charge for other law enforcement’s use of the facility, whether it would draw federal funds, or what it would cost to operate the center beyond the six-year construction budget.

DPS officials did not respond to repeated requests for a copy of the proposed active shooter facility plans or the larger multi-year proposal for the academy, information on whether additional land purchases would be required, or the breakdown of the cost estimate for the upgrades.

The proposal comes as the agency was heavily criticized for its response to the fatal Uvalde primary school shooting in May, when officers from multiple agencies, including the DPS, took 77 minutes to break into the classroom, where a gunman killed 19 students and two teachers shot.

The proposed active shooter facility was part of a presentation McCraw made to captains of the Texas Highway Patrol, an arm of the DPS, according to minutes of the meeting obtained by The Texas Tribune. The protocol said the facility would include the Advanced Law Enforcement Rapid Response Training Program — an active shooter response training system developed 20 years ago at Texas State University in San Marcos that has been the national standard for active-shooter response for a decade. Shooter training is.

In his comments last month, McCraw did not indicate whether the ALERRT program would be used, saying only that the active shooter facility was “state of the art” and that “none currently exists in Texas.”

The agency’s request for legislative means does not provide any further details.

The Williamson County site opened in 2003 with a track and city street network similar to a residential or city center for emergency vehicle training. a shooting range; and classrooms for both recruit training and continuing education.

“What we don’t have out there is … the facility for live scenarios to be able to conduct the kind of training that … not just soldiers, but local police officers and deputy sheriffs need to operate in today’s environment,” McCraw said in October meetings with budget officials. “Not only with the course and the shooting ranges, but also with the building structures.”

Texas State University’s ALERRT center is already conducting some training at the Williamson County complex, with one planned there next week.

Pete Blair, executive director of the ALERRT center in the state of Texas, said his San Marcos facility is used for various types of first responder training, as well as on-site active shooter training.

Blair hasn’t seen the DPS plans for the proposed site, but said a facility that would be considered state-of-the-art could include reconfigurable walls, cameras and similar technological upgrades.

This is the type of technology you would find in facilities like the Federal Facility for Urban Military Operations in Quantico, Virginia, which has 17 buildings, including a school scenario. Another world-class facility in the country is located at the Federal Law Enforcement Training Center’s Glynco campus, a 1,600-acre facility near Brunswick, Georgia.

Most of the quarter million first responders the Texas ALERRT Center has worked with over the past two decades were trained somewhere outside of the Texas State Center in San Marcos, Blair said.

“I will say that there is a need for educational institutions across the state,” Blair said. “We’ve always had more demand than we have money to provide training. So every cycle we had to put departments on the waiting list and say, ‘We’ll come to you, but it’s going to take a while.’”

The campus center has a few buildings that can be used for shooter scenarios, but most of the work is done in other law enforcement facilities, in borrowed buildings, and occasionally in school buildings on weekends or during the summer months when school is out. said Blair.

It costs about $2 million a year to conduct off-center training, Blair said. In its 2024-25 funding request, Texas State University included a request for additional $6.6 million in funding over the next two years to expand the program to more law enforcement officers across the state, as suggested by Gov. Greg Abbott early arranged this year.

Following the May school shooting in Uvalde, Abbott and other GOP state leaders announced their support for increased access to the ALERRT program and directed the Texas State Center to expand its capacity to reach more Texas officials and funding agencies to help to help pay their officers for training.

While Democratic lawmakers advocated more gun control, Abbott and the other leaders focused on school safety, mental health programs and more police resources. At that time there was no talk of DPS plans to build a new facility.

“We sadly recognize that there is nothing we can do to bring back the precious lives that were taken; However, we must do everything in our power to prevent the same tragic ending from repeating itself,” Abbott said in a June 6 letter to Blair. “An important part of this prevention effort must focus on adequately training law enforcement and school administrators on how to respond when faced with the threat of an active shooter on their campus.”

Blair said he expects legislation at the next session that would require active gunnery training for every Texas officer and retraining every three years. Building a new facility in San Marcos is not on the cards right now, he said, “but that doesn’t mean we won’t look at it in the future.”

Blair added that he had not been contacted by DPS about his plans and didn’t know how the proposed facility would compare to other sites, but that it would likely be “bigger and better than what’s currently available.”

“It’s definitely an advantage to have your own training facility and to have access to it at any time,” Blair said. “You can train there all the time and work at a much faster pace.”