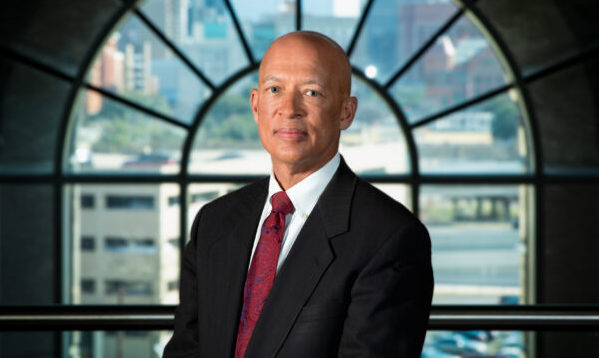 Dallas County District Attorney John Cruezot announced Monday that he would repeal his policy of not prosecuting Class B offenses of necessary items between $100 and $750.

The Democrat prosecutor said he made the decision to end the policy based on data analysis showing the policy had no impact on crime.

“Through data analysis and discussions with community organizations, retailers and independent loss prevention specialists, I found that the policy had no impact on crime in the community – positive or negative,” Cruzeot said in a press release. (pdf)

A request for information from the public prosecutor’s office on the data had not yet been answered at the time of publication.

“This policy targets a very narrow category of offenses and was put in place to decriminalize poverty, but instead the policy has been misrepresented and politicized and those who have done so have created a sense of distrust of that office,” he continued . “Remember that robberies under $100 are Class C misdemeanors and do not go to the DA’s office but go to the county court.”

The decision to change the policy came less than two weeks after winning a second term. Cruezot received 60 percent of the vote over Faith Johnson, a Republican predecessor appointed by Gov. Greg Abbott in 2016 to replace DA Susan Hawk. Johnson has lost two runs against Cruezot.

On April 19, 2019, Governor Greg Abbott and Attorney General Ken Paxton sent one open letter to the prosecutor, who reminds him of his oath and asks him to reconsider.

“Reform is one thing. Actions that might abandon the rule of law and encourage lawlessness are entirely different. Texas law gives criminal district attorneys a duty to enforce the laws that the legislature writes,” they wrote. “It doesn’t give criminal district attorneys the power to categorically rewrite the law. Constitutionally, the “reform” of state law is a matter for the legislature.”

“We hope you will reconsider your position and take your oath and charge seriously to enforce Texas law.”

The DA said his reversal is consistent with his campaign pledge to reconsider policy if re-elected.

“I want the people of Dallas County and our partner police departments to know that I have heard their concerns and that if changes are needed I will make changes. To that end, I rescind the policy,” Cruezot said.

He added that his office has faced false accusations about the policy, including allowing TVs, motorcycles and catalytic converters to be stolen and forcing businesses to close. (pdf)

The Dallas Police Department said it will continue to make felony arrests if necessary.

“If it is determined that an individual has committed a criminal offense in the city of Dallas, DPD will continue to make arrests where appropriate. That is and will remain our stance, along with partnering with other agencies and departments to hold individuals accountable and to protect and serve the people of this city,” the Dallas Police Department said in a statement to The Epoch Times.

Jana is an award-winning investigative journalist. She lives in Texas with her husband and enjoys spending time with their children and grandchildren.