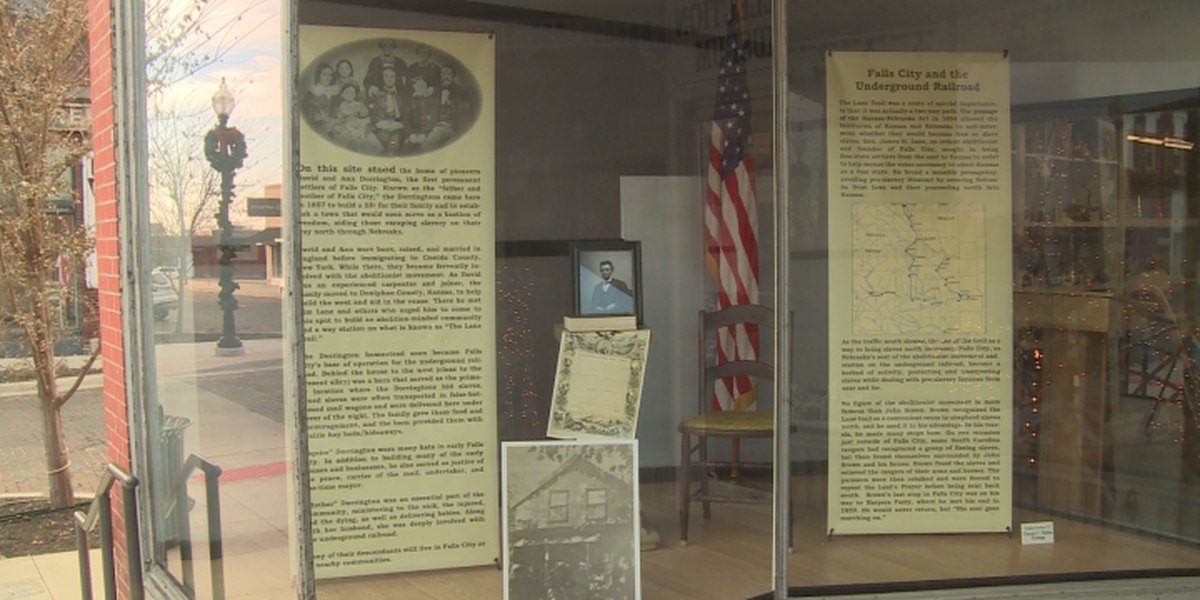 FALLS CITY, Neb. (COLOGNE) – A Falls City site is recognized by the National Park Service for playing a role in the National Underground Railroad Network to Freedom.

We caught up with Dave Kentopp in Falls City to discuss the importance of Dorrington House and Barn.

“Falls City is in extreme southeastern Nebraska,” Kentopp said. “It’s important for his role on the Underground Railroad. The Underground Railroad came out of Kansas, so this was the first stop in Nebraska for the railroad coming out of Topeka, Kansas. Slaves were brought up here along the Lane Trail. Falls City was actually founded in part by General James H. Lane. Falls City was a point he came up with as a city to be here as an abolition city.

According to Kentopp, slaves walking the Lane Trail found a safe haven in the home and barn of David and Ann Dorrington, early residents of Falls City in the 1850s.

“They were originally from England,” Kentopp said. “They were persuaded by James Lane to come here to found the city. David Dorrington was a good builder and carpenter. The reason the Lane Trail went through Nebraska City, through Nebraska, and into Kansas was because Missouri was a slave state. The slaves were trying to find safe passage without having to go to Missouri.”

Experts say freedom seekers passed through Falls City on their way to Nebraska City, where it wasn’t far to jump to Iowa, which was a free state at the time.

David and Ann Dorrington’s home and barn are no longer in Falls City. In fact, a two-story brick building now stands on the site that once housed Falter’s clothing store for many years. Now it houses the collection museum.

“The Dorringtons had the barn behind their house where the slaves were kept,” Kentopp said. “The Dorrnington’s had a contract with the US Postal Service to carry mail north from Topeka. They actually used the mail wagons to transport slaves. The slaves were taken to the barn at night. They would sleep there, and Ann Dorrington was instrumental in looking after them. She brought them coffee, bread and butter at night without lights. The reason is that they were observed. So this particular corner at 1601 Stone Street in Falls City is very important.”

According to Kentopp, the site is now highlighted by the National Park Service.

“They labeled this corner part of the Network to Freedom,” Kentopp said. “There will be a commemorative plaque that will be placed here on the corner of the building on the site.”

Kentopp notes that he helped secure the appointment, but also says that former Falls City resident Bob Nelson played a big part in making sure this story is remembered in Falls City and in Nebraska becomes.