The Northern Kentucky Chamber of Commerce will host the Annual Preview of the 2023 Where We Stand Legislative Agenda on Tuesday, December 6, 2022 from 4:00 p.m. to 6:00 p.m. at the Boone County Distilling Company (10601 Toebben Drive Independence).

The event will feature a panel with State Senator Chris McDaniel and State Representative Kim Banta from the Northern Kentucky Legislative Caucus, who will discuss the NKY Chamber’s policy priorities and goals, as well as items they will work on in the upcoming 2023 legislative session.

“This annual event is important for Northern Kentucky business owners and those interested in the NKY Chamber’s legislative priorities for the next year,” said Tami Wilson, NKY Chamber Vice President for Public Affairs. “Not only will attendees get a preview of the NKY Chamber’s advocacy priorities and goals, but they’ll also have the opportunity to hear directly from our elected officials about their goals and agendas for the legislature.” 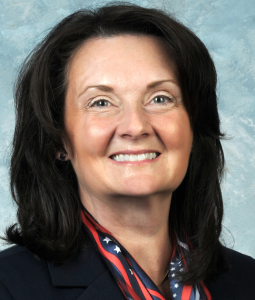 Duke Energy is the title sponsor of Where We Stand. The networking sponsors are Amazon and Delta Air Lines. Presenting sponsors are altafiber/Cincinnati Bell, CVG and St. Elizabeth Healthcare, supporting sponsor is CT Consultants.

Senator Chris McDaniel was elected to the Kentucky State Senate in 2013, representing the 23rd District. With a keen eye for tax responsibility, he has chaired the Appropriations and Revenue Committee since 2015. He is also a member of the Banking and Insurance Committee; the Capital Projects and Bond Oversight Committee; the Committee on Permits, Professions and Regulations; the Committee on Natural Resources and Energy; and the State and Local Government Committee. He serves on several Senate budget review subcommittees, including Economic Development and Tourism, Natural Resources and Environmental Protection; Education; General Government, Finance and Public Protection; human resources; Justice and Justice; and transportation.

Senator McDaniel is a born and raised resident of northern Kentucky and a graduate of Covington Latin School. He attended The Citadel, graduating in 1997 and was promoted to Infantry Officer in the Army where he received many distinguished awards before being honorably discharged in 2001. He earned his master’s degree from Northern Kentucky University and took over the family business McD Concrete in 2008. 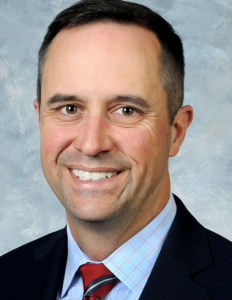 Representative Kim Banta was elected to the Kentucky House of Representatives in 2019 and has served on the Judiciary, Economic Development and Labor Investment, Licensing, Occupations and Regulations, and Education Committees and the Elementary and Secondary Education and Labor Development Subcommittee. She is also a member of the Child Welfare Oversight and Advisory Committee and a member of the Northern Kentucky, Kentucky Sportsmen’s, Pro-Life and Kentucky Nonprofit Caucuses.

Rep. Banta has served in northern Kentucky for nearly three decades as a teacher, principal, assistant superintendent and chief academic officer in the Kenton County School District. She also has a PhD in Educational Leadership from the University of Louisville. Recognized for her commitment to education and children, Rep. Banta has received multiple awards including the KMEA Outstanding Principal Award, KAEA’s Principal of the Year, Outstanding Woman of Northern Kentucky Award, and the Albright Award for Principal. She brings her extensive experience in the education sector, from managing a building to managing a school district, to Frankfurt as a state representative.