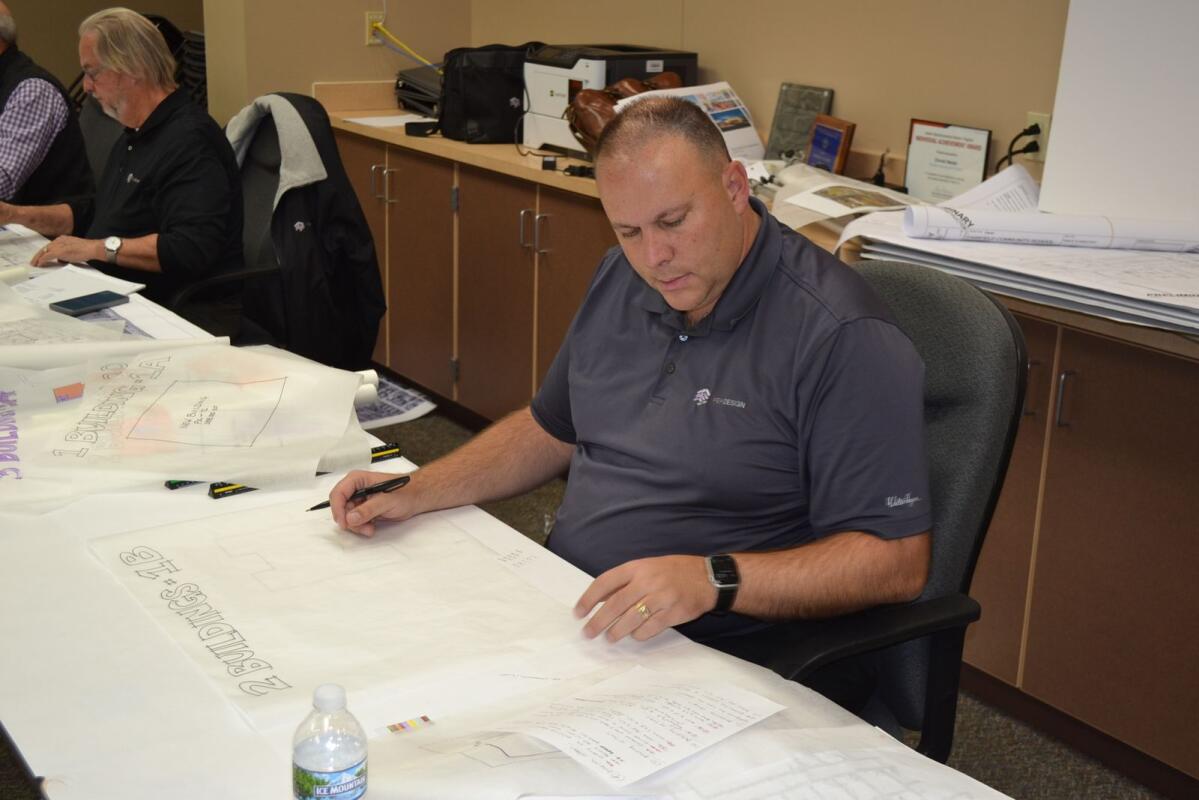 On Monday and Tuesday, November 21 and 22, the district’s ACT building hosted a team of architects from Davenport-based FEH Design who were commissioned by the school board to study the district’s long-term needs and how to They can best accommodate with both existing buildings or with new builds.

Members of FEH Design made two formal presentations, one Monday and one Tuesday, after spending the entire day speaking to members of the public about their desires or concerns for the district’s facilities. The architects spoke about various future scenarios for the district, such as where music will be relocated, which buildings could be merged if necessary and the best locations for possible new buildings.

Tyler Riley, project architect at FEH Design, said his job is to listen to public concerns and propose solutions. For example, if the public feels that one of the district’s buildings is getting old and beyond repair, how can the district accommodate those grades in another building?

“For example, if one of the elementary schools were to close, how do we move those grades to other buildings that have annexes,” Riley said. “We haven’t had any feedback like this before. The feedback was that the buildings need to be improved for the health of the entire community, that there needs to be a good, thoughtful building assessment process in place for Fairfield to grow over the next 30 to 50 years.”

Riley and the other architects in attendance spent the two days designing scenarios for various building upgrades and reconfigurations. They developed 14 scenarios and labeled them by the number of buildings involved. For example, Scenario 4A involves maintaining all four buildings – High School, Middle School, Pence Elementary, and Washington Elementary – and making additions to each to correct deficiencies. Another, like Scenario 4B, involves the construction of a new middle school and improvements to the high school.

The architects created drawings showing how Fairfield could reduce the number of buildings as a cost-saving measure. Scenario 3A, for example, involves keeping the middle and high schools, but building a new elementary school for all elementary school classes.

“We’re going to discuss the pros and cons of each of these options,” Riley said.

Riley said the district wants to involve the community as much as possible in choosing the best option.

“This is a community-driven process, not district-driven,” he said. “While we will listen to the teachers and the administration, we still need the community to tell us what they think is important.”

Kevin Eipperle, another architect at FEH Design, said the school district needs to invest in its facilities, but before making the investment, it needs to make sure it’s spending the money wisely.

“You don’t want to put a new roof on a building that won’t be part of the district in five years,” he said.

Eipperle said the county is struggling with declining enrollments. Just before the pandemic broke out in March 2020, the Fairfield School District had lost about 200 students in the previous decade.

“The district has lost 14 students since last year,” said Eipperle. “That’s not a big number when you spread it across 13 classes, but it’s almost a full elementary school classroom. If this continues, in 10 years there will be 140 students [down]. Will we have four buildings in the future or should we plan for three buildings now?”

Eipperle said some of the scenarios explored different configurations for four or three buildings, but the architects also drew up plans for just two buildings or even one large building for all classes. He said one scenario was about merging all the classes into a new middle school building since that has the most space for a new building, and another drawing he was working on was about accommodating all the classes the FHS campus.

From September through November, FEH Design chaired a series of meetings with an advisory task force formed to study district facility needs. This task force will meet again on Wednesday, November 30 to review what was learned during the two Spark sessions and decide how the district should proceed.

Michael Gehl, project designer at FEH Design, pastes drawings on a wall in the Fairfield ACT building showing possible floorplans for the district’s buildings, ranging from additions to all four buildings to combining the grades into three, two, or one building. (Andy Hallman/The Union)