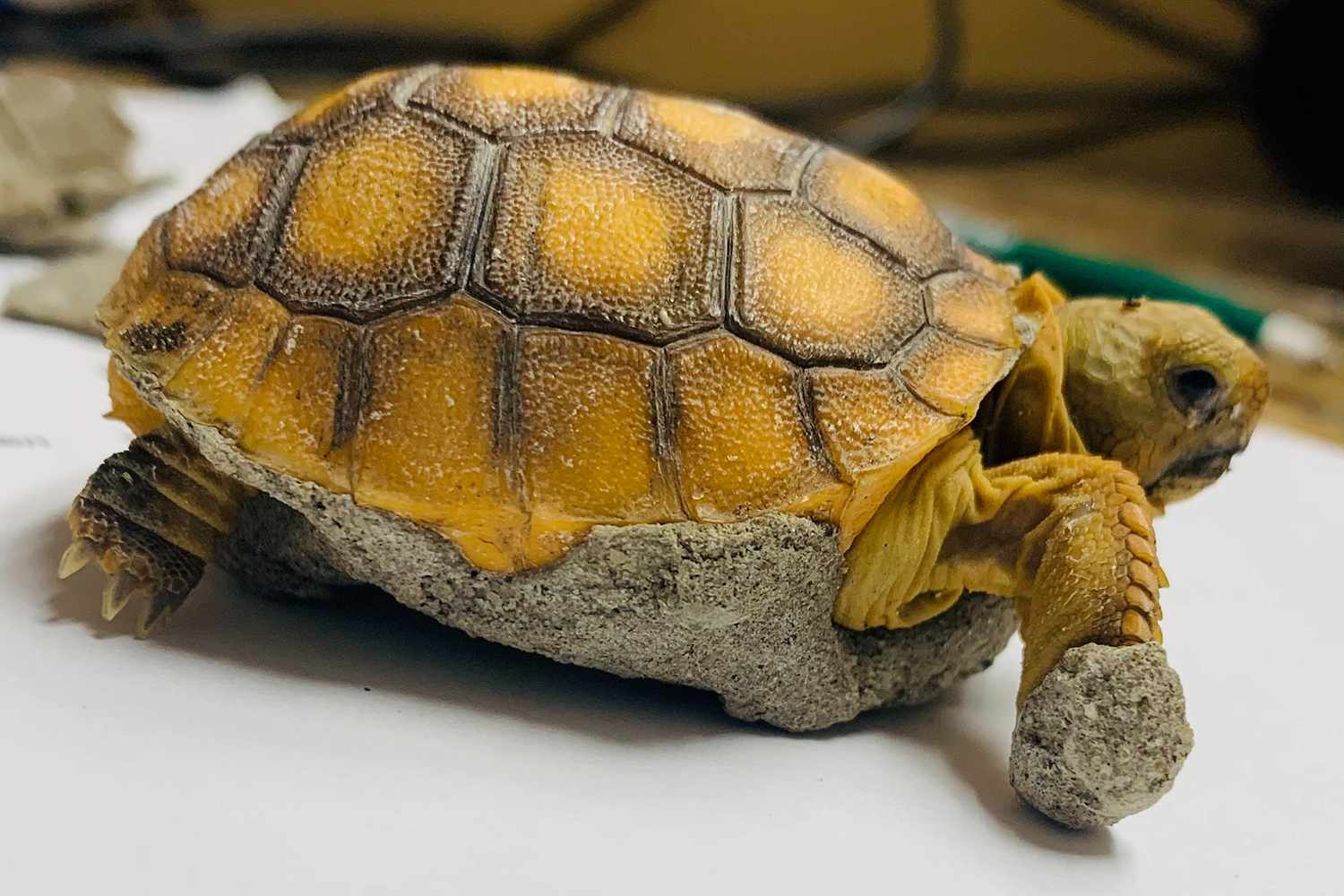 A young turtle was found covered in concrete in Florida, according to a Facebook post from the wildlife center that is currently caring for the reptile.

The Peace River Wildlife Center in Punta Gorda, Florida shared the story about the turtle stuck in a hard place on November 17.

“This little one arrived covered in concrete!” the wildlife center posted on Facebook. “A house was being built next to where this gopher tortoise was found and we believe it must have walked through the freshly poured concrete.”

The center explained that the turtle is a juvenile, meaning the reptile is less than a year old. Peace River added that the little turtle likely stepped on the concrete while exploring on her own.

“This is most likely a cub that is traveling alone for the first time and has just gotten into an unfortunate situation,” the center said. “This nest was probably on a neighboring property.”

The rescuers removed the turtle’s concrete shell by “gently breaking it off with our nails over a couple of days,” the Peace River Wildlife Center said, adding that this method was chosen because it caused the least harm to the turtle.

“Our friend is as good as new,” the center concluded. “After a good diet and hydration, this gopher tortoise will be back in the wild!”

This isn’t the first turtle to go astray this year.

Visitors to a park in San Antonio in August encountered an unexpected walker: a turtle weighing at least 50 pounds wandering down a trail.

According to a Facebook post from the City of San Antonio Animal Care Services (San Antonio ACS), parkgoers found the turtle at Phil Hardberger Park on Aug. 7.

The turtle’s rescuers reported the animal to 3-1-1, and zookeepers responded to the call, according to the San Antonio ACS. Two responding officers had to carry the bulky turtle off the trail to their vehicle.

In a statement to PEOPLE, Wildlife Rescue & Rehabilitation confirmed the turtle it received was reclaimed from its owner the next day.