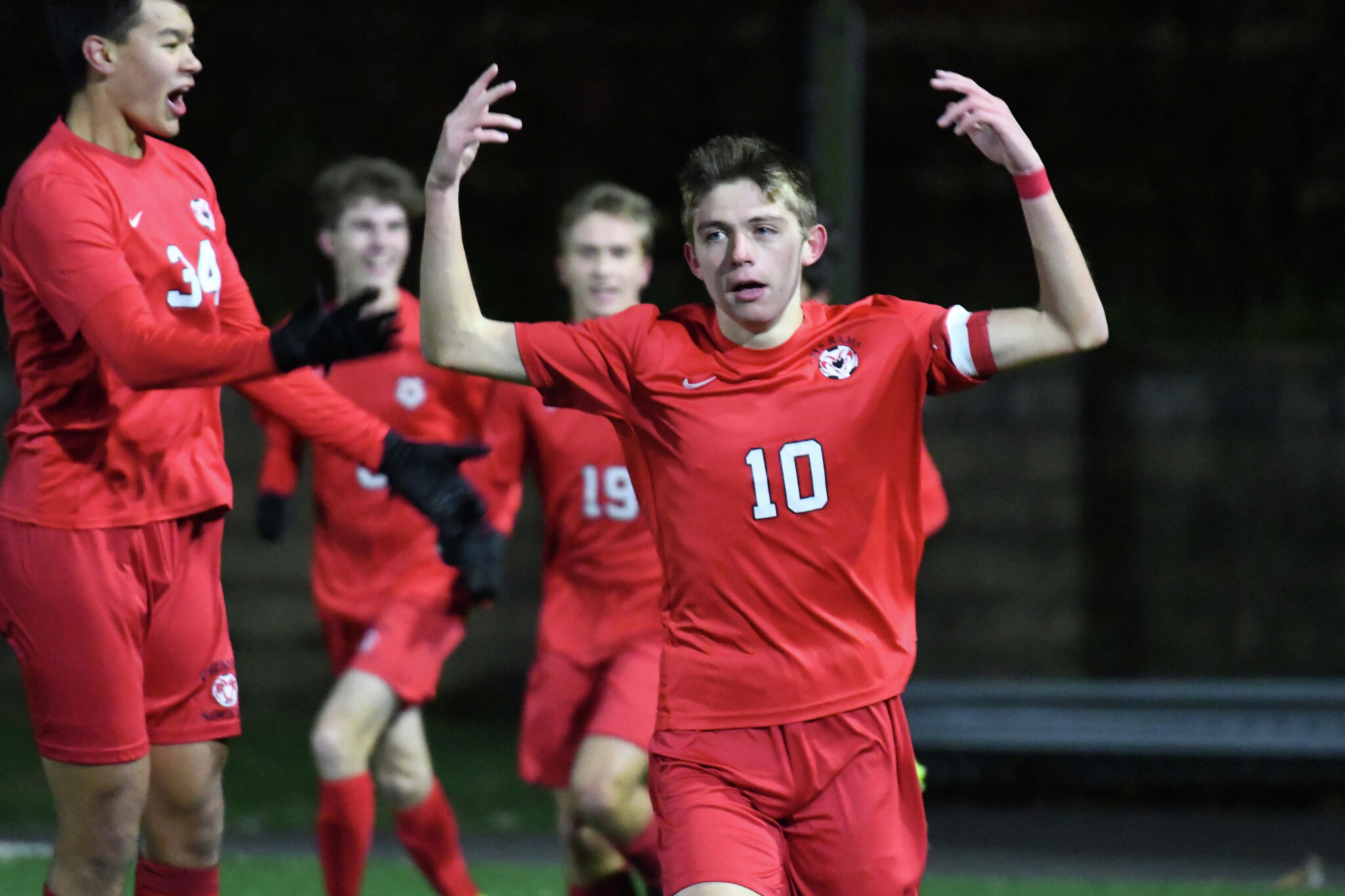 This is a carousel. Use the Next and Previous buttons to navigate

Samir Dishnica, Cheshire: The SCC Player of the Year was also the best player in the L-league championship game and earned MVP honors with one goal and one assist. He also scored twice in the Rams’ 3-2 win over Guilford in the semifinals.

Maximo Ferrario, Greenwich: With two goals and a converted penalty, Ferrario was named MVP of the LL league game.

Nico Figueroa, Greenwich: Figueroa saved one penalty in the Class LL Championship and stopped two on penalties in the semifinals against Fairfield Prep. Greenwich won four of their five tournament games on penalties.

Cole Leavitt, Ellington: Leavitt stopped a penalty kick in the semifinals and helped the Knights reach the Class M title game after beating Tolland 4–3 on PKs.

Lucas Almeida, Hall: Almeida scored the deciding goal in regulation, converting a PK on penalties as Hall defeated Norwalk on penalties in the LL Class semifinals.